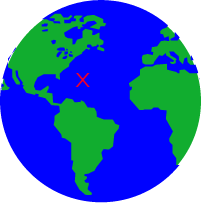 The Andren SeaMarks® program is a tool for fishermen and divers to manage all their  electronic navigation waypoints (readings or marks) and print an organized book of listings and maps. It is easy to use and will make your waypoints work better for you. Its features allow you to plan fishing/diving trips that save time and fuel and to analyze your waypoints for promising areas to explore.  It works with GPS, GALILEO, GLONASS, BEIDOU, OR LORAN data.  In this website, I will call all the Global Navigation satellite systems GPS as they all use Latitude and Longitude data.

SeaMarks lets you to easily move your data into and out of a GPS via a memory card transfer or a cable transfer. This means you can move your points from one GPS brand to another or keep two different brand GPSs synchronized.

SeaMarks was previously known as LoranGPS, and before that, the Andren Loran/GPS program, and even before that the Loran program.

•  Manage your book of waypoints on the computer.

•  Print your book with spreadsheet listings and charts.

• Coordinate your book with your GPS track plotter

• Import waypoints, routes and tracks from a variety of GPSs

• Export waypoints and routes to a variety of GPSs.

• Import or export a large variety of data file formats for compatibility with other programs.

• Move waypoints from one GPS to another.

• Display your points in a variety of formats

• Identify waypoints with Name, Description, Rating, Color, Icon, Depth, Group, Date, and Comments
• Accept and display GPS Lat/Lon in a variety of formats.
• Color the waypoints on listings and/or graphics.
• Sort your waypoints numerically or alphabetically on any column
• Display your list in pre-formatted or user customized spreadsheet styles:
• Group your waypoints to make it easier to find them in your GPS.

Conversion service is available if you don't want to buy the program, but just want to get some Loran points converted or points moved from one brand of GPS to another. The cost depends on the work needed. If you do the data entry, it is much cheaper. If your data is in electronic form and can be copied and pasted, then you get a flat rate of $30.  If you send a list that has to be typed in by us, then the rate depends on the number of waypoints.  Call or write for a quote.  Indicate what form your data might be in.
Click here to get more info. 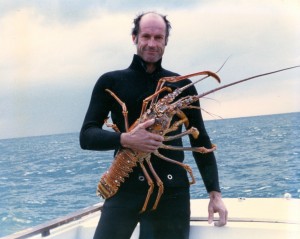 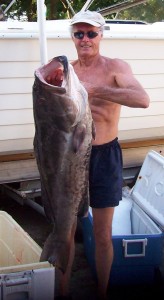 2/13/21 updated the WMM.DAT file and updated the UserPreferences file to  show last file loaded as being  in the SeaMarks folder instead of the Lorangps folder.

1/8/21 Fixed an issue with Furuno TZD exporting where it would only export multiple copies of one point.  Bug introduced in March last year.

8/31/20 Fixed an issue with a recent Windows 10 upgrade that would kill the program.  By upgrading the BoxedApp Packer the issue went away.  Updated the SeaMarks program version to 8.2.

7/1120 Fixed an issue with Importing a Garmin track file that has an ACTIVE LOG section.

7/1/20 Fixed an issue where if an old Furuno file was to converted to Garmin format, the name length got set to 6 when it should be 12.

6/10/20 Fixed issues with Furuno 3D export, with sometimes printing a blank sheet, and with not adding a new waypoint when Loran features are suppressed.

5/13/19 Big change!  We switched to a virtualized mode for the program.  This involves combining all functions, resources, and libraries into one executable (boxed app) that does not have to be installed.  Thus, the program can run from a removable disk (flash drive) as well as the usual location on the hard drive.  As for the hard drive, we supply a simple installer that creates a place (folder) for the program on the hard drive, copies the program there, and creates shortcuts.  While the experienced customer could do this, many of our customers are not comfortable with these operations.  The version is now 10.2 and if ordered on the USB flash drive, you can run it there immediately if you don't want to install it on the hard drive..

The program has been maintained and improved frequently.  If you have an older version, check with the  Change History page to see details on the changes in the program since your version was shipped. The version number is not incremented for small changes, only large ones.

The Andren Software Co. has been publishing this program since 1986 and has incorporated many features requested by users. The program gets updated frequently to add improvements in the operation of the program and to remain compatible with new Windows versions and new GPS models as they come along. We always strive to make the program usable by those who have little knowledge of computers or have no feeling for Loran or GPS. The program comes with a 16 page mini-manual edited by Carol Andren for clarity and understanding.  You also get a soft copy of a printable 130+ page manual that is also the basis of the help menu.

Carl Andren, the creator of this program, is a member of the Institute of Navigation, the International Loran Association, and the Institute of Electrical and Electronic Engineers. He holds 26 patents in electronics including some on the technology known as WiFi.

The program has been re-branded several times to follow the progression of technology.  It started out as The Loran Program when Loran was the only means of electronic navigation.  When GPS came along and began to make inroads, the name was changed to The Loran/GPS Program.  Later that was shortened to LoranGPS.  Now that GPS is the only thing used by fishermen, the Loran-centric name was changed to SeaMarks (think wet landmarks).